My husband and I were raised by hard working parents who immigrated to Canada from Hong Kong in the 1960s. Our parents came with very little, and only had elementary and high school educations. None had the privilege of a post-secondary education.

What they did have was a strong desire to give their future children a better life. Through hard work, perseverance, and personal sacrifice, they gave us the comfortable, middle-class lives they dreamed we’d have. We can never thank them enough for all that they’ve done for us.

As I look back, I realize that my family lived like Mustachians long before Mustachianism existed. We didn’t take lavish vacations, trade up our house and cars every few years, or get all the latest toys and gadgets.

There were times when we envied the family who went to Disneyland every year or got a brand new minivan. But we had everything we needed and more: quality time with family and friends, home-cooked meals together, and a safe community to grow up in. These are the things that bring true happiness, and we had them in good supply.

We weren’t taught explicit money lessons growing up. There were no allowance systems, books, or podcasts to guide our parents. Instead, they instilled healthy money habits in us by setting a good example and discussing finances openly. We’re so grateful to them for putting us on the right path from the beginning.

My mom worked for a bank, so I naturally learned a lot about personal finance from her. When I turned 15, she gave me my first personal finance book: The Wealthy Barber. I read it cover to cover in just two days. I couldn’t wait to start “paying myself first”. All I needed was a job!

Luckily for me, I landed my first job that summer as a candy flosser at Playland (our local amusement park). I made minimum wage, which was only $6/hour—but it seemed like a million bucks to me! I saved nearly every penny I earned that summer and the next, and again at my next job as a Starbucks barista.

I started art school in 1996, studying graphic design and illustration. At this point, I’d saved up more than enough to pay for my own books and art supplies. I offered to pay for my tuition as well, but my parents generously insisted on taking care of that. I was also able to live at home, which allowed me to quit my job at Starbucks and focus on the intense program I was enrolled in.

In the second semester, I got to know M, a funny and really nice guy in my class. I was shy, and resistant to his hints to call him, but he persisted and we eventually started dating.

M was raised very similarly to me. Frugality, hard work, and delayed gratification were things we both learned through our parents’ examples. From day one, our money beliefs were totally in sync. That’s played a huge role in where we are today.

M and I continued to be frugal through our three years in art school. While other students made their daily treks down to the cafeteria for coffee, snacks, and meals, we brown-bagged it.

Entertainment was rented movies at home. Eating out was an occasional treat. We lived like the poor students we were! But we were happy and content because we had everything we needed.

Getting the ball rolling

We graduated in 1999, and I quickly landed my dream job as a graphic designer at a local non-profit. The pay and benefits were low, but I loved the work and it was deeply satisfying. 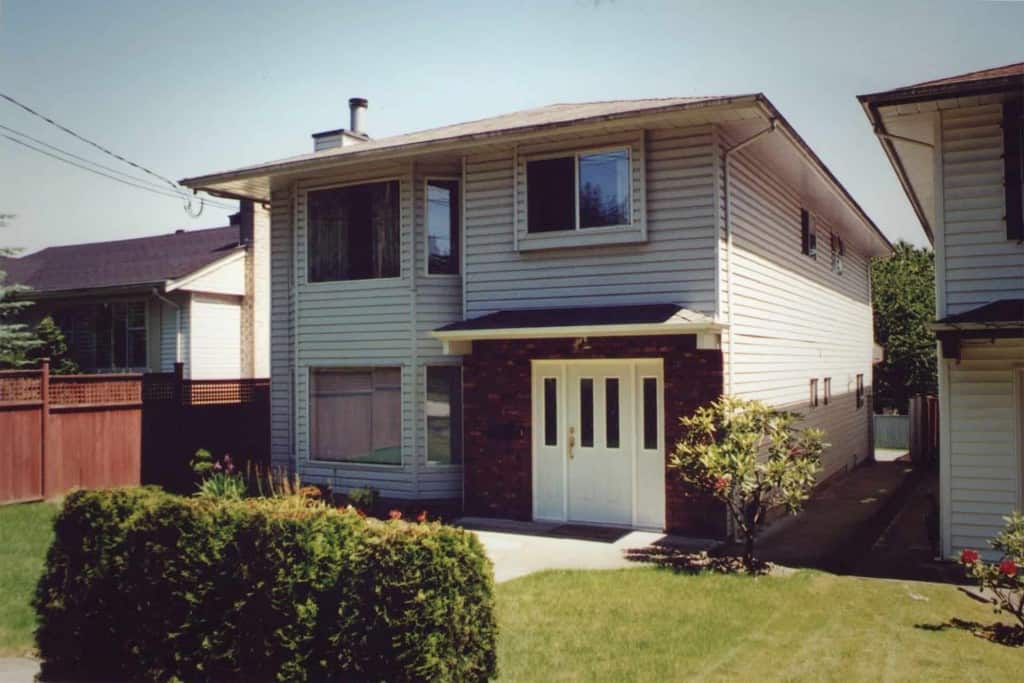 Despite our mediocre pay as rookie graphic designers, M and I saved every penny and were able to put 25% down on our first home. However, we’d be remiss if we didn’t mention that our parents played a large role in helping us save.

No, we’re not trust fund babies, nor did our parents have vast fortunes to shower upon us. They simply and slowly built our first nest eggs by tucking away all our birthday money, Chinese New Year lucky money, and government grants.

These little bits of money, carefully saved for 20+ years, formed about a third of our down payment. The powers of saving and compounding are truly amazing!

As we set up our home, we continued to follow in our parents’ footsteps, and lived frugally together from day one. We cooked most meals at home, shared one car, spent mindfully, and put everything else towards retirement savings and balloon payments for our mortgage.

After we bought the house, we saved up for another big goal—a wedding. Frugality continued to guide our decisions as we planned our wedding.

We did as much as we could ourselves, and searched for the best service providers at the best prices. We celebrated the day with 130 of our closest family and friends. It was a beautiful, memorable day that we were easily able to afford.

In the years to follow[note]For many reasons, these years were very hard for us. I won’t get into that here, but plan to in a future post.[/note], we welcomed two baby boys into our lives, shifted to one income as I left the workforce, and started our house hack/side hustle of hosting students. Despite the decreased cash flow, we were still able to slowly build our savings due to our low cost of living. 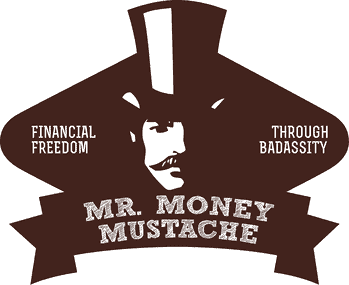 The life-changing magic of the Mr. Money Mustache blog

Life continued to hum along. We were on the classic middle-class treadmill: work, save, slowly build up a nest egg, then retire at 65. We assumed this was the only path a middle-class family like ours could travel. How wrong we were.

In 2014, the trajectory of our lives changed forever when I stumbled across Mr. Money Mustache. This smart, funny dude was telling us that we could retire in our 30s?!!! I truly felt like the prisoner in Plato’s allegory[note]Read more about this at Jacked Finance (scroll to the Summary section to read about Plato’s cave).[/note], stepping out of the cave and into the bright sunshine.

MMM gave me a glimpse into an inspiring new world of extremely early retirement. It was not only within reach, but attainable in a much shorter timeframe than I thought possible.

I was hooked on FI, and funnelled every last Netflix-watching, internet-surfing, time-wasting minute into pursuing financial independence.

I spent the next three years working hard at building my investment and personal finance skills, flexing my frugality muscles, and optimizing all our finances.

As 2017 rolled around, I finally had our savings and investments humming along nicely. Our path to financial independence was on track.

I finally felt ready to share our goal of FI with our families, and typed out a lengthy email to reveal my big plans. To my relief, our family’s response was overwhelmingly positive. Everyone was supportive and engaged, and open to learning more.

I started compiling lists of resources to share with them. As the lists grew, I wondered if there was a better way to share the info. I wanted to keep it updated and organized so our family could find what they needed. I also thought, “Wouldn’t it be nice if this info could help others too?”

Then it dawned on me—why not start a blog? And so I did, and here you are. 🙂

Thanks for joining me here at Eat Sleep Breathe FI. I’d love to learn more about you! Feel free to comment below to say hello or share some of your backstory. 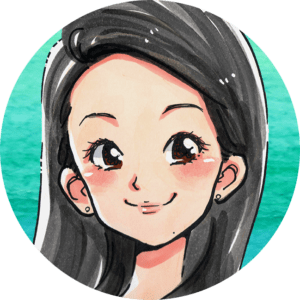 Even more about me and this blog

If you’d like to learn a little more about me and Eat Sleep Breathe FI, here are some links to help you do that:

If you liked this article and want more content like this, please support this blog by sharing it! Not only does it help spread the FIRE, but it lets me know what content you find most useful. (Which encourages me to write more of it!)

You can also support this blog by visiting my recommendations page and purchasing through the links. Note that not every link is an affiliate link—some are just favourite products and services that I want to share. 🙂

As always, however you show your support for this blog—THANK YOU!

Get my latest updates!